Following correspondence from CfMM, the BBC has made an important headline change in a story about a Tory candidate in Aberdeen who has been suspended.

In the original article published on 18 November 2019, the BBC headline stated that the candidate, Ryan Houghton, was suspended for anti-Semitic comments.

However the article in The National that first broke the story clearly mentioned that Houghton was accused of Islamophobia and homophobia, as well as anti-Semitism, as can been seen below:

CfMM contacted the BBC to inform them that selective reporting such as this is not acceptable, and the full range of accusations need to be made clear in their article.  We are very please to note that as of this morning the headline has been changed, as seen in the screencap below: 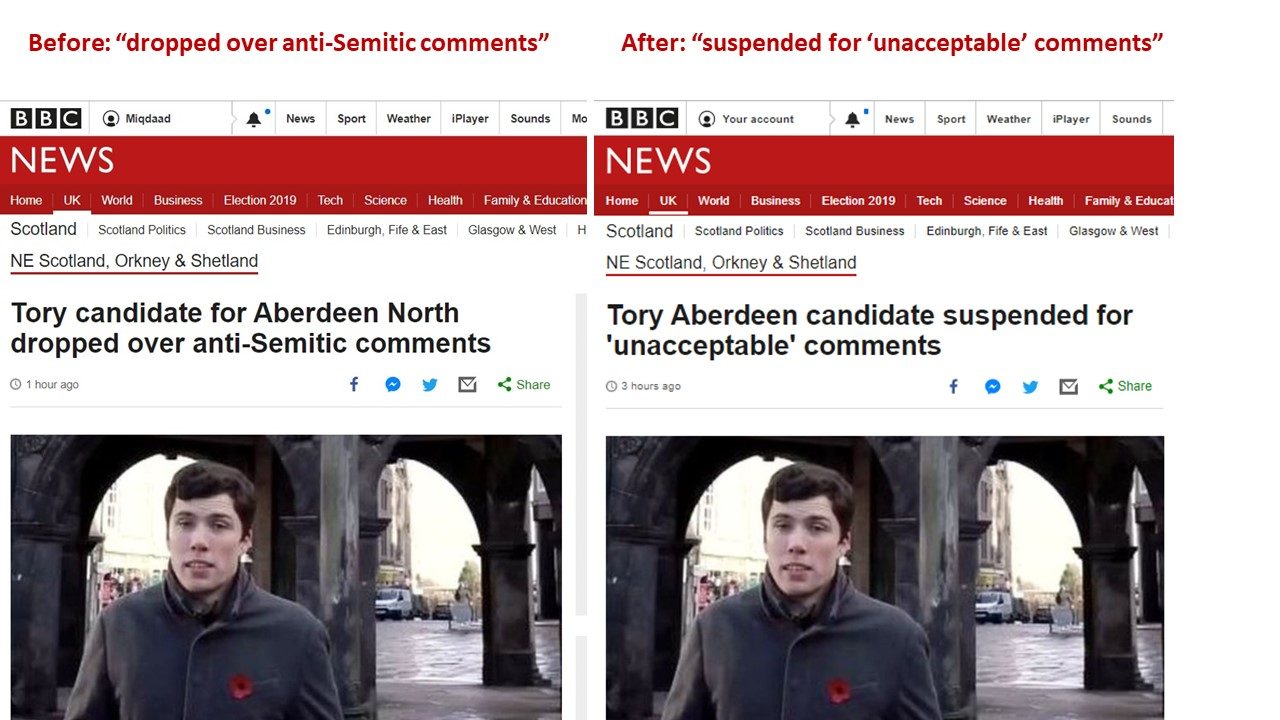 If you’d like to get involved in the work CfMM is doing to promote accurate and unbiased reporting on Muslims and Islam in the media, we’d love to hear from you!  Get in touch with us here.