Manchester bomber was seen ‘praying’ at venue before attack

The Guardian have removed mention of the Manchester bomber seen ‘praying’ before attack (22 May 2017) from their headline, following Centre for Media Monitoring’s complaint about the publication’s irrelevant mention of prayer, which inaccurately implied a connection to the bomber’s act of terrorism. Following our complaint to the readers’ editor, the headline and sub-headline were amended to better reflect the details of the inquiry.

It is extremely important, especially when covering terrorism, that while details should be reported, care is taken to give sufficient context and avoid giving a misleading impression to the reader. 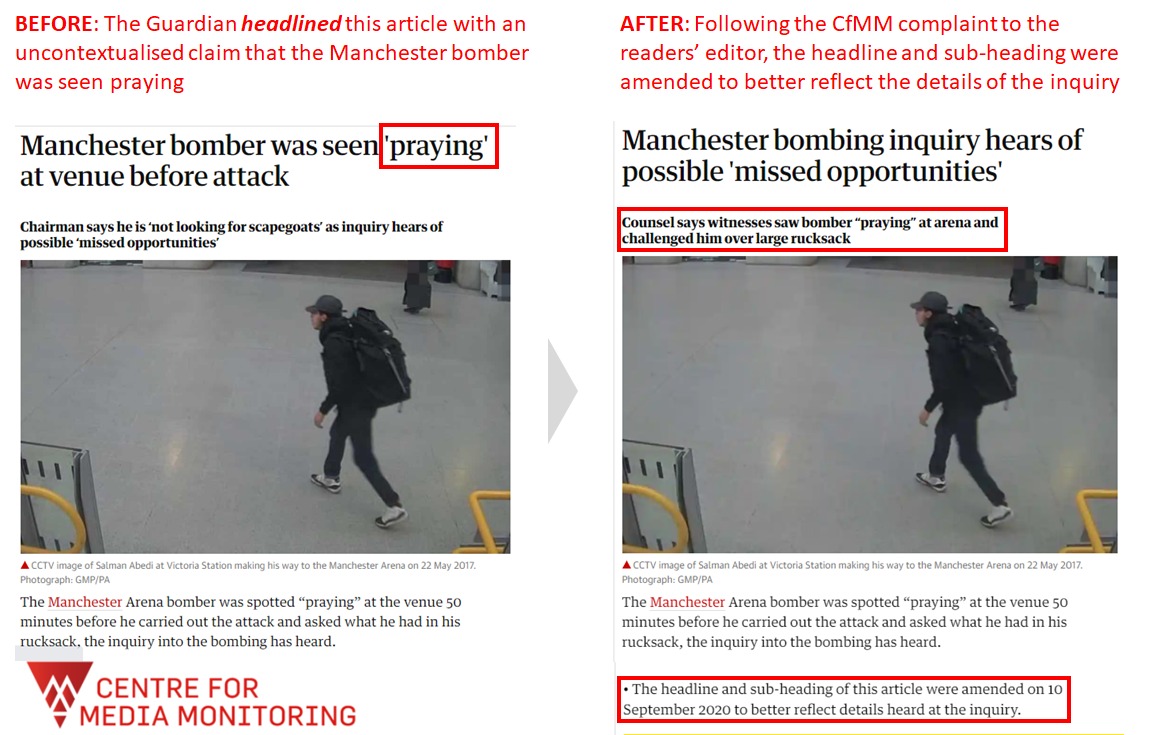