Stark warning issued to anyone who uses supermarket self-checkout tills

On 13 July, Manchester Evening News published the headline Stark warning issued to anyone who uses supermarket self-checkout tills, illustrated with an image of a visibly Muslim woman in hijab using a self-checkout.

We considered this to be a breach of the Editors Code Clause 1: Accuracy, for the reasons below.

We requested MEN to remove the image and replace it with one which does not suggest a connection with any minority group.

After our email, MEN wrote back immediately to say they had changed the image!  We thank them for listening and responding to our concerns so quickly. 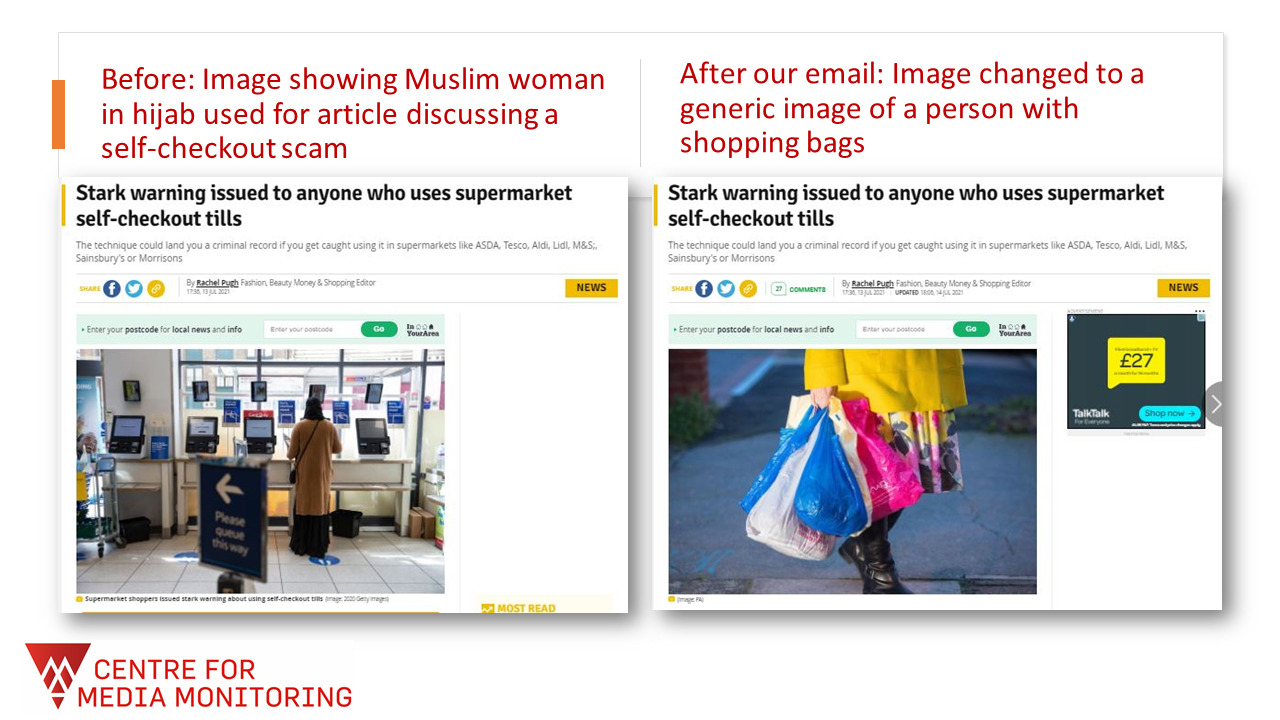