The Telegraph corrects and apologises after Ed Husain misrepresents polling data about the MCB.

The Telegraph published an article by Ed Husain in which he misrepresented the results of a poll by Policy Exchange, claiming that only “2% of British Muslims saw themselves as represented by the MCB.”  Our complaint led to a correction in the online version, a clarification and an apology for the error. 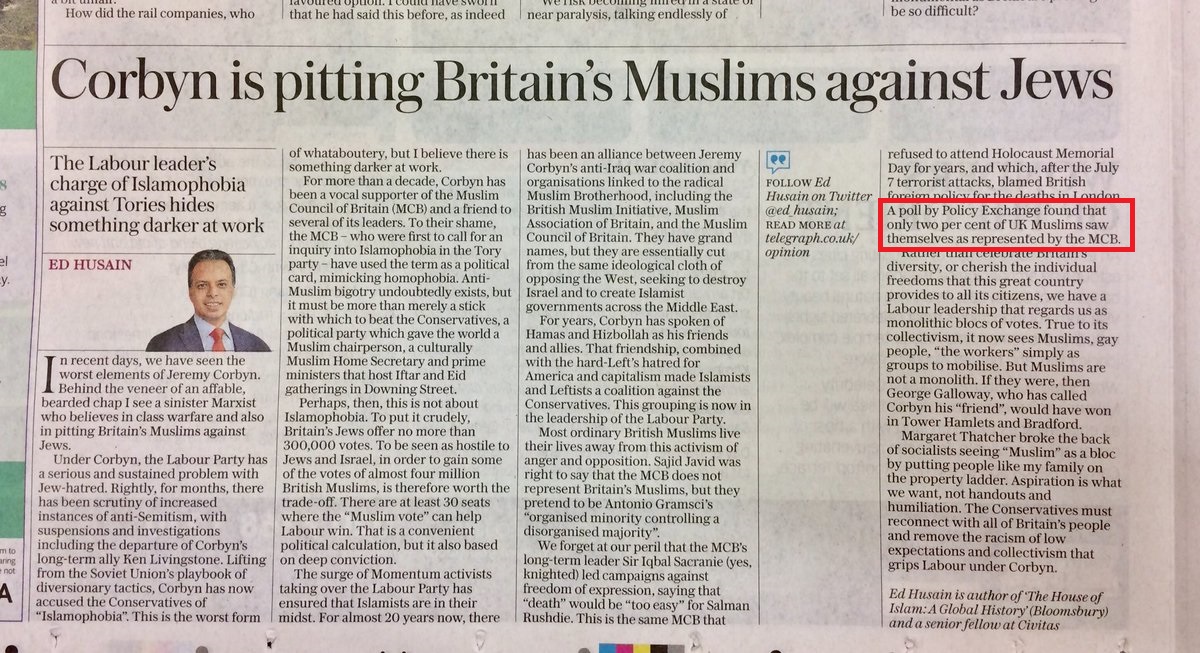 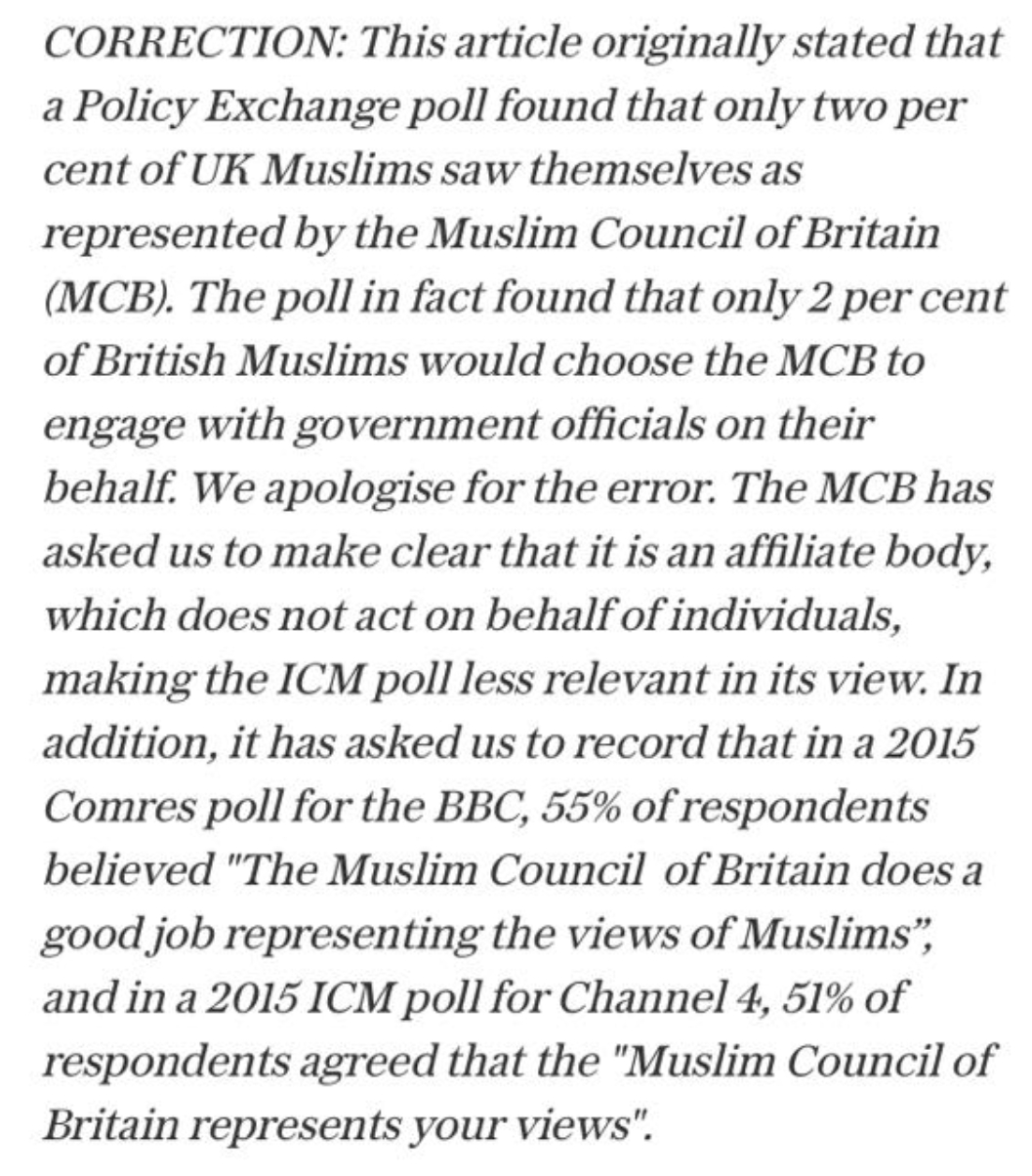