The Sun responded quickly to CfMM’s complaint, removing their headline that described the raising of the index finger as a “ISIS salute”.

The incident referred to a convicted suicide bomber who, upon being convicted and jailed, smiled and raised her index finger, which The Sun wrongfully described as an ‘apparent ISIS salute’.

CfMM argued that, whilst the terrorist organisation have exploited the gesture for their own propaganda purposes, the origin of this gesture symbolises Tawheed, the oneness of God and is used by Muslims across the globe on a daily basis in actions such as prayer. To reduce this symbolic and important Islamic gesture to simply an ‘IS salute’ is insulting to the majority of Muslims who condemn the terror group’s ideology and actions.

Furthermore, this media mistranslation of Islam highlights a wider problem regarding the lack of Muslim representation in the media and religious illiteracy. As CfMM, we work daily to improve the narrative surrounding Islam and Muslims through media engagement.

We thank The Sun’s editors for including this explanation of the gesture in the amended body of the article, after we pointed out what the gesture actually means: 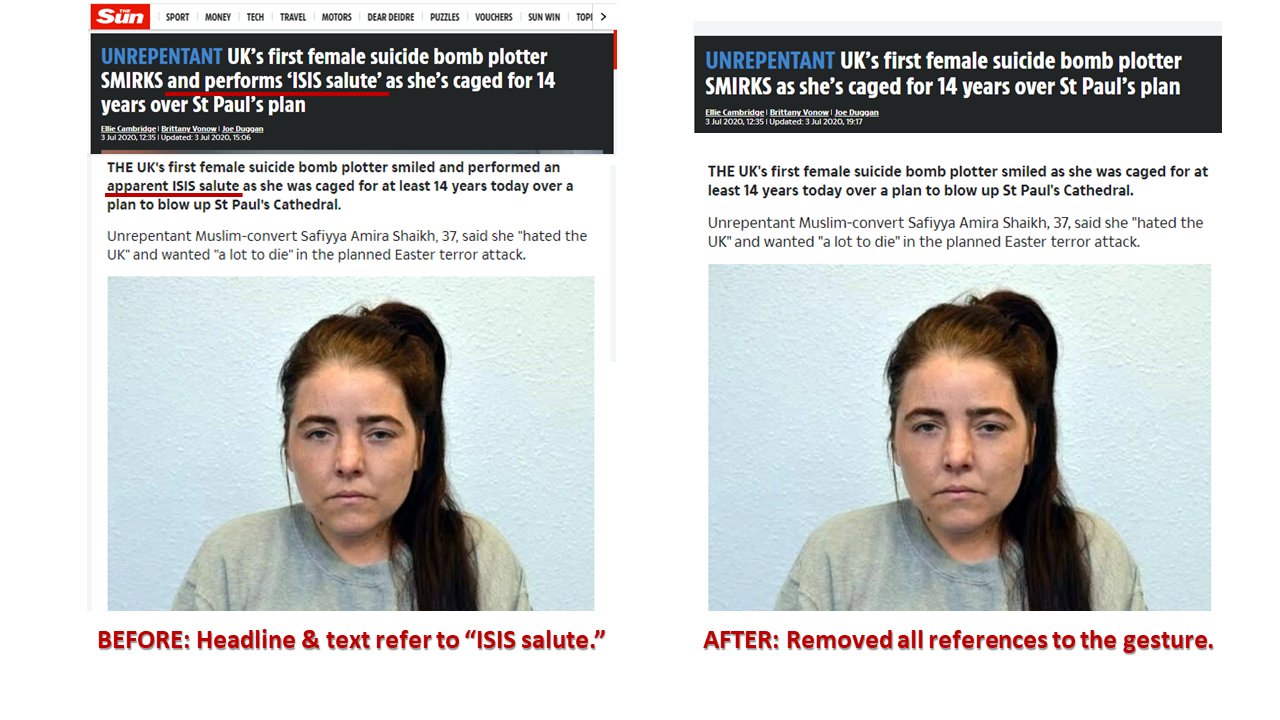