The Times reporting found to be misleading by IPSO.

Across several dates in August 2017, the Times published 4 separate front page stories (and online) reporting on a “white Christian child” who was placed with a Muslim foster family in Tower Hamlets.

Tower Hamlets council complained about this reporting to IPSO, who subsequently ruled that the reporting had been misleading, and the Times was ordered to publish the ruling on their front page.

This marks the first time an IPSO ruling concerning the reporting of Muslims has been done on the front page of the same paper, and so marks a sort of victory for our campaigning.

However there were far more inaccuracies than were mentioned in the IPSO ruling.  Our info-graphic below outlines the main issues, compared with the findings of the Family Court Judge in the case. 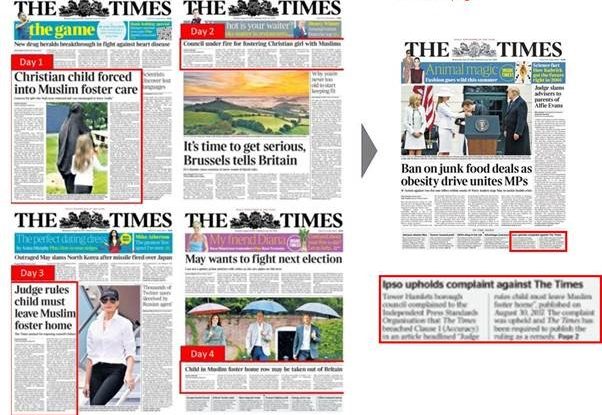 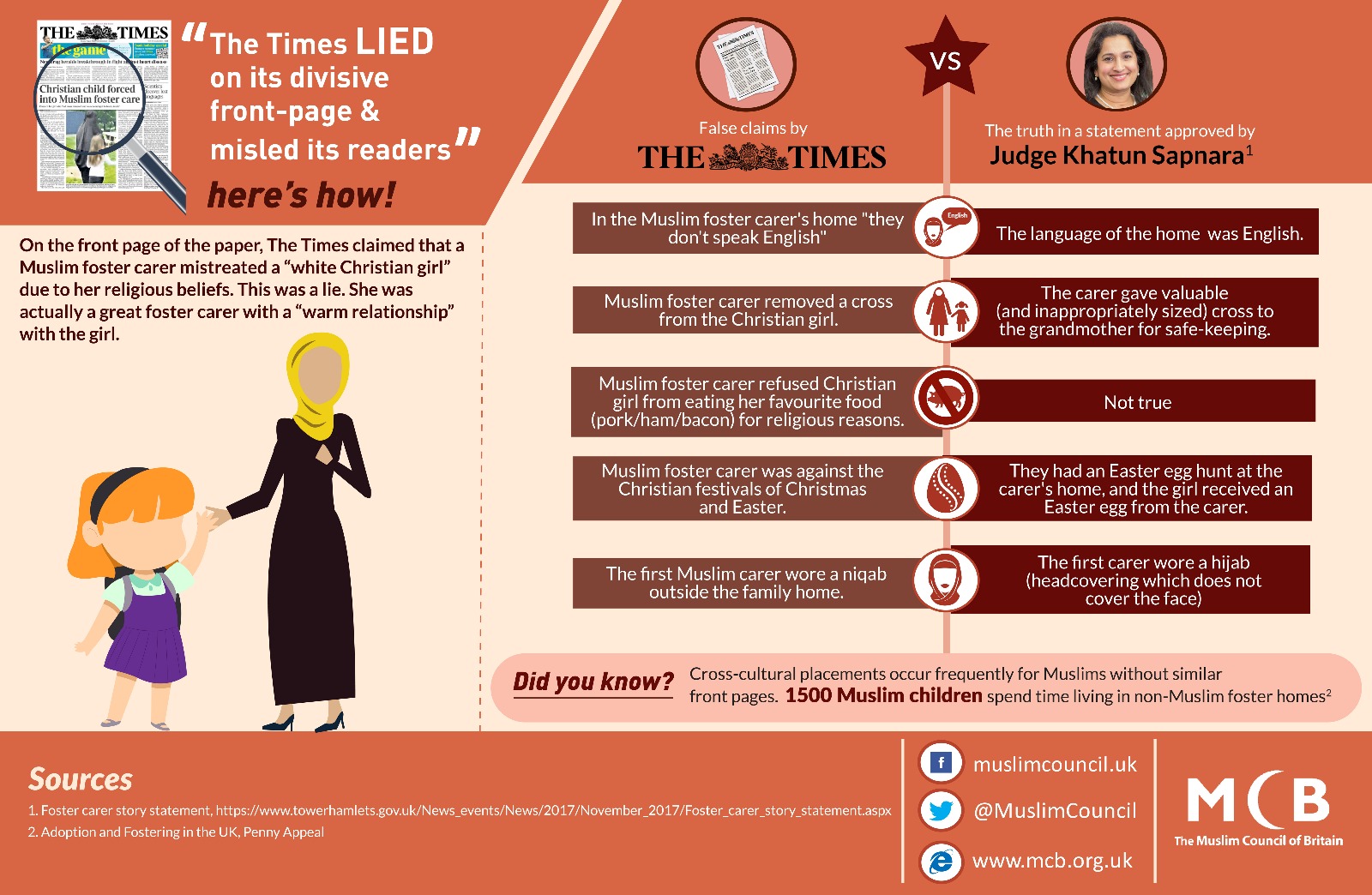