Furthermore as the article explains that parents are choosing to remove their children in opposition to them learning about ‘Islam’ and Judaism as well as Islamophobia and Anti-Semitism being among the reasons for the removals.

Considering all of this it is somewhat strange that an image which magnifies a Muslim child by showing a visible symbol of the faith, is being used in alongside a headline which suggests abuse and bigotry.

There is little justification for this, and after being contacted by the MCB, the image was changed, without acknowledgement. 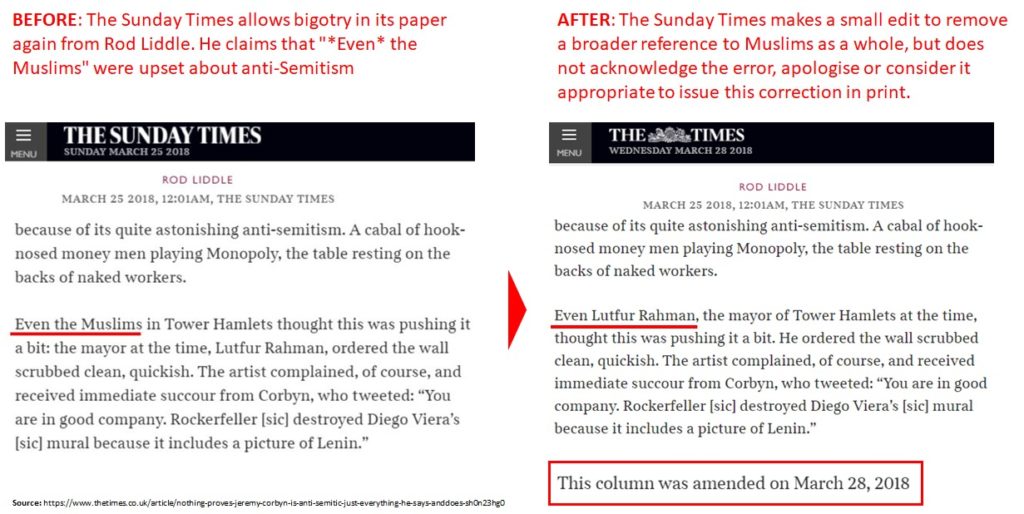