The Centre for Media Monitoring has published its latest report, “Media Reporting on Palestine 2021”, which looks at the ways in which some media outlets are skewing the narrative on the recent violence.

Following many complaints from the public & CfMM’s own observations of the skewed reporting of events in Palestine over the past few weeks, we’ve published a special report & toolkit with examples of the most problematic coverage in print & broadcast.  The report can be downloaded here. 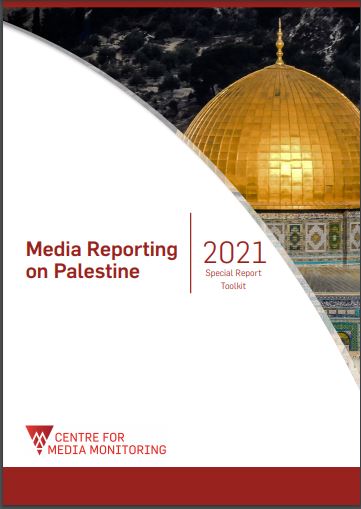 Whilst there has been some excellent balanced reporting, language such as “evictions”, “clashes” & “conflict” have been used widely to describe Israeli aggressions. Such language implies symmetry of power between the two sides, and too often Palestinians have been framed as the aggressors with Israel acting in “self-defence”, when facts show that the opposite is the case. 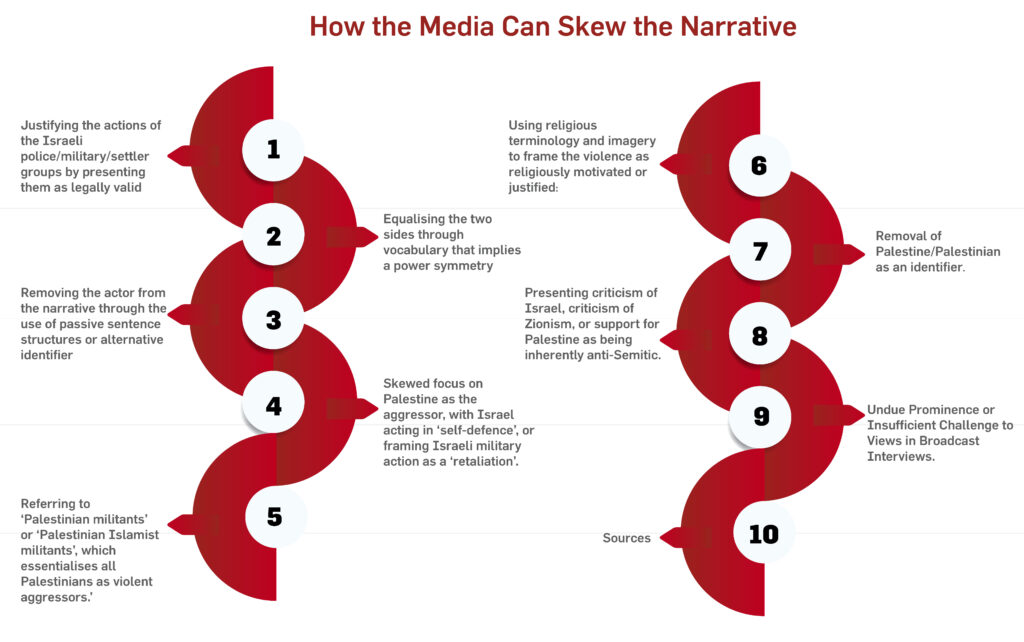 Rizwana Hamid, Centre for Media Monitoring’s director and co-author of this report said: “The overwhelming amount of complaints received by CfMM from the public about their growing frustration at the British media’s biased coverage of events in Palestine over the last few weeks complemented CfMM’s own observations, analysis and evidence base of skewed language, misleading headlines and problematic framing found in many reports in both print and broadcast media. At the extreme end, the impact and consequences of the media narrative erases the history, context and legitimacy of the Palestinian cause by presenting Palestinians as the aggressors and Israel as acting in self-defence.“

As a follow up to this report, CfMM’s Community Liaison and report co-author Amanda Morris will host a special webinar on Tuesday 1st June 6.30-8.00 pm, where the report findings and strategies for challenging these narratives will be discussed.  To secure a place at this free workshop, please book here. 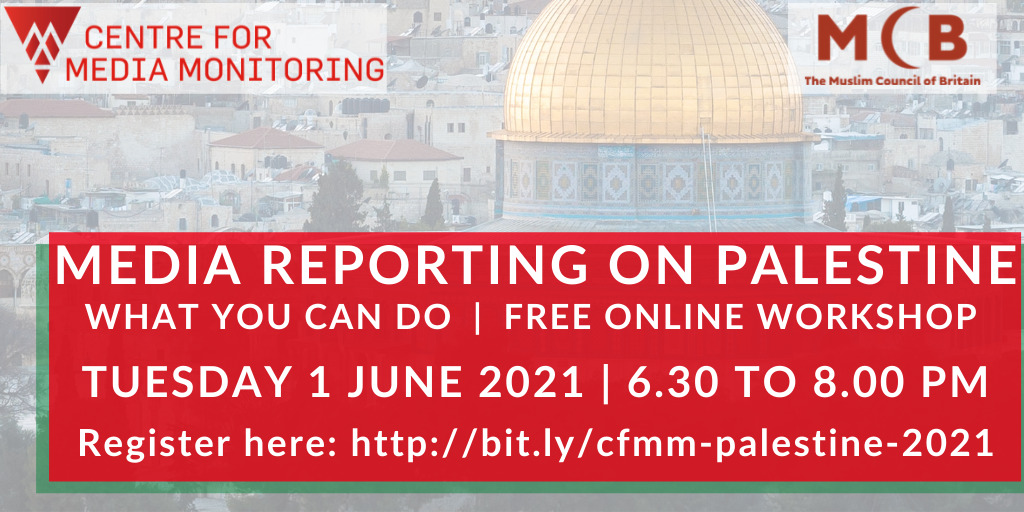